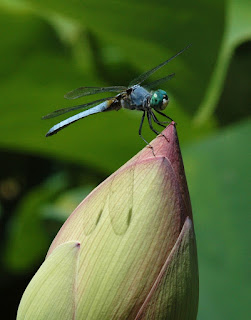 Carl advocates the scientific reality that everything around us and everything we are made of is made of earth, and that that material was born in the hearts of long extinct stars …’starstuff’, he calls it. While this seems like something we could take for granted, it’s an extremely powerful concept.

How many times do we hear that we came from and will return to dust? That be the case, what’s left? …consciousness. We are consciousness that’s attached itself to the physical. Unfortunately (while I say ‘unfortunately’, I realize that that’s a bias on my part), we fear that we’re not conscious without physical attachment; the more physical things we can attach to, the more we’re convinced that we ‘exist’. Perhaps more to the point, we hope that it’ll keep us away from the idea that, otherwise, we won’t.

I think that our concern ought to be more a concern about conditioning, about what we’ve been led to believe regarding what’s acceptable or unacceptable for us to attach to (for us to identify ourselves with/’as’). Following Carl’s precept, we’re the same material as All… the grass, the birds, the cardboard, sewage, tomatoes, cornflakes, gunpowder, spiders, pillows, etc. It’s only the focus of our awareness (or non-awareness) that separates us, individuates us from any other thing (living or non-) in this dimension. What’s the point in being here as an earth angel if you’re not prepared to see the value of every aspect of your communal physical existence?

Entertain the idea that you’re here practicing Ant medicine… you’ve come here with the awareness of your (present) physical incarnation to carry your leaf, grain of sand or dead insect; to do your individual part so that You – the Whole – can realize yourself. “We are a way for the cosmos to realize itself.” ~ Carl Sagan.

What version of ‘reality’ are you going to choose? The version where perception says you’re limited by the known/presupposed laws of physical reality, or the quantum view that says your consciousness is more powerful than that, that the act of observation can change the outcome of an event?

Investigate your ability to create magic in your life with this simple ‘experiment’. Ask a question of the Überverse, and go for a walk ('Shaman's Earthwalk'), with the intention that you’ll receive an answer. Feel where to go (the beauty of it is that, once you start, it’s not possible for you to make a mistake), and watch for the signs that ‘happen’ across your path. Try not to judge the signs you’re getting; i.e. don’t just look for the ‘glamorous’ signs (Wolf, Eagle, Rainbow, Flashy Car), but go into it with the innocent eyes of a playful child, as if you’re seeing everything – including ‘garbage’ – for a first time (I still wouldn’t recommend putting everything you find into your mouth, though! Ha!). After you’ve returned and interpreted the answer you were given through the physical signs you saw, ask yourself the question, “Is it possible that I created those physical occurrences?” Then, open yourself up to the expansiveness of what that might mean for you, and what the implications are for your heart, body, mind and soul.

If you open yourself to this process, I guarantee you growth. At the very least, you’ll grow in appreciation (man or woman) of the strength of your feminine aspect, your ability to receive. If you feel resistance to that (perhaps it manifests as appearing foreign/strange to you), don’t let it frighten you; it’s just a feeling that’s arisen to call attention to the difference between your authentic self and previous conditioning.

You'll find that this is a really effective means of connecting you with Whale and Elephant medicines. Through the subconscious murmurings of your own, unique (imperceptible) frequencies, it opens your communication channels to the vast library of information that is your connection to the Wisdom that this physical world facilitates. If you’re ‘missing words’, experiencing feelings of insecurity, powerlessness, stress, empowering this connection - the earth as your Ant 'antennae' - will help with that. And then, having realized what it is that you came here to learn, you'll no longer need the things that you've attached to. You can open to the Source that you are, and share of yourself fearlessly. What's the risk? The shattering of your old perceptions. To give yourself an idea of how ready you are, though, I'll ask you this: when you look at the picture above, when you see Dragonfly on the unopened bud, do you not also hold in your consciousness an image of what the lotus looks like already bloomed?

Regardless of how you compare to anyone else, for you, is it 'enough is enough' time? Noone else knows themselves any better than your own soul knows you. If you're reading this, I believe it may be your time for a magical union, integration, self-creation, New Life.


Big Medicine Love to You