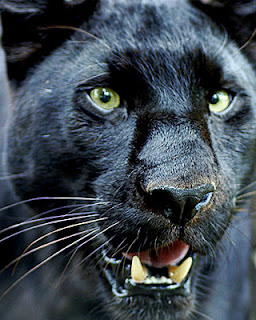 Our shadows are called shadows because they follow us around like shadows do. For most of us, they’re a scary thing, because we can’t very well see what’s in them. We like a certain level of predictability. If we can see what’s coming, we feel that we can prepare ourselves for it – it helps us to feel safe. So, starting from infancy, we instinctively start putting stuff into our shadows that doesn’t jive with that theme. The thing is, though, that we don’t just put ‘bad’ stuff in there; we pitch the ‘good’ stuff, too. Here’s an example…

There’s a little child that really Loves coloring. Anyone watching them can see that s/he’s totally in their element doing it. With the picture you have in your mind already, you can likely imagine how their creations would bring light into the world. Oftentimes, though, the  parents of this particular child argue in the background, and s/he begins to associate their creative activity with people being upset, and people being hurt. It happens on a subconscious level (and deeper, even), but pretty soon the child decides it just doesn’t feel like being creative any more. For the sake of their own safety and their loving desire for others close to them to be happy, it gets relegated to their shadow. It’s still theirs, but it’s been pushed out of their awareness, seemingly inaccessible.

Many people considering ‘shadow work’ focus on it as an ordeal to be undergone for the sake of conquering fears, as though there’s a badge or trophy to be had at the end of it. I prefer to think of it as releasing an attachment to what’s keeping you from realizing your Divine self (in effect then, I suppose there is a trophy, but you won’t necessarily feel the need to impress anyone with the fact that you’ve attained it! Ha!).

So, you feel that you have something in your shadow, but your subconscious fears are holding you back? Black Panther sees much better in the dark than we do. Enlist her medicine to hunt your shadow for you…

I’ll do a vision quest or a psychic drawing for a medicine image to use, and suggest where the design should go on your body (where whatever’s stuck needs to be released from). Get the image transferred/applied as a temporary tattoo (i.e. 'vanishing').  Most professional tattoo shops provide this service, using either henna or markers. While the tattoo remains visible, it serves as a gentle, living meditation to bring forward what you need at this time to move forward. It will last anywhere from one to three weeks (as long as you require). You’ll release what needs to be released as the tattoo fades, and be left with the gifts that were there, previously hidden from your awareness.

You’ll either receive a tattoo description/suggestion  for an artist to design an image from or a completed image ready to transfer. With either option, I’ll also provide guidance on what the image references, and a follow-up consultation (once the tatt has faded).

There’s also a third option that might be even more helpful for you: commission me to do a Lifedream Illumination for you, and your Black Panther work will be included. After doing the portrait consultation, we can discuss what you’d like Black Panther to hunt first, and you’d have the portrait available as a reference on your next foray.