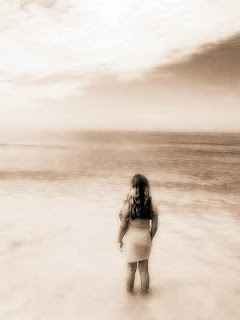 I‘ve got a couple of treats for you. One is a great technique that I came up with to facilitate lucid dreaming (realizing you‘re dreaming while you‘re in a dream). The other is a PowerDream. I was listening (and called in) to an interview on the Awakening Zone with Robert Moss (that was amazing, by the way!) during which Robert mentioned the aboriginal/shamanic practice of ‘dream-giving’, telling a dream in such a way that the receiver is given power by owning the dream themselves. I had a dream that same night that really fits, and I’d Love to share with you.
But first, my non-fail technique - after using it, I wouldn’t be at all surprised if you find yourself lucid dreaming the first time out! (I’d say I’m really proud of the fact that I came up with this my ‘self ‘, but I appreciate that every great inspiration is a result of being a good channel). What I recommend is this:

First, think about what you dream about most often (or ‘a lot’, at least). This (item/action/person?) will act as your ‘cue’; it’ll be what wakes you up to the fact that you’re dreaming while (for example) the Pope is toasting marshmallows over a campfire for you. Next, grab yourself some sticky-notes, and write “Am I Dreaming?” on them. Now, go around your waking lifespace and stick those notes on images/pictures of the ‘cue‘ item that you picked (for people who may be more ‘literal’ than visual, you might want to stick your notes on text) . For instance, my wife’s sister shows up in her dreams most often, so she’d go around sticking her notes on letters from her sister, or on (family) photos with her in them. For me, it’s water, so I might put mine of a magazine cover I have laying around, on drawings I’ve done that include water in them, or on my drinking glass. Get creative with it (not that it’s necessary for the exercise, I’d just be thrilled that you did)! Put an image of your dream cue on your desktop and post a virtual “Am I Dreaming” sticky on that!

For some of you, it might take a few days for this to result in full dream awareness, but don‘t worry if it does; you will get what you need out of the process! I will say, though, that when you do, Please, re-cycle the karma by sharing your dream/experience with me!

I trust you to stay open-minded about what I’m going to say next - as Kelly says herself in the interview, I Love nightmares. If I’m having one, I know I’m ripe for something really, really great to follow it. I see them as a precursor to a rebirth, to another ascension stage on my personal journey (and who doesn‘t love the gifts that come with that?). What I find lucid dreaming most helpful for is resolving nightmares. And, now that I‘ve said that, I’ve got yet another great treat for you, and I have a feeling it’s going to be the best one for You, personally…

Robert mentioned a few things in the interview about what you can do to resolve nightmares, but - unless you’re really practiced or have a shaman or dream practitioner coaching you - they can be hard to remember while you’re being chased or _ _ _ _ (I’ll leave it up to you to fill in the blank - I’m pretty sure you don’t need me to give you a nightmare suggestion)! The tip I’m going to give you will empower you to do something about what’s happening while you’re in your nightmare (to get the Pope to stop burning your mallows, for instance). If you’re having nightmares lately, make your cue something related to that. Then, once you’re aware that you’re in a dream that’s a nightmare, start saying “I Love You” to whatever (situation) it is that’s troubling you (or to whatever‘s chasing you). I’m getting confirmations all over my body that you’re going to be extremely happy with how will this works!

Now for the other treat I was talking about: sharing a PowerDream. I highly recommend that, once you finish reading this version of the dream I had (once you get to the *), you continue the dream-story by carrying on the visualization to see what happens next, or by simply paying attention to what happens afterwards in your lifedream as a result of hearing/seeing/owning this dream…

You’re in Australia, headed down to the water/beach with a young, blonde-haired man. He’s there to help you - he’s really experienced at surfing. There are lots of white barnacles on the way down the beach’s sandy slope. You’re both making your way over them in flip-flops, but while they seem sharp to you and you go slowly, gingerly, you notice that your guide is moving over them very quickly. You realize watching him that you don’t have to worry about being so careful and you go fast over them, too (and you’re fine)! Standing at the shore, you see other people with their boards having Great fun in the water. Your guide points out that this is the perfect place for you. Even as a beginner, it’s obvious to you that it has the most awesome beginner waves, and you start heading out to find your very own ‘sweet spot’.

To your surprise, rather than paddling out, you’re actually standing, riding your board, moving it forward by pumping your weight up and down on it. You have a couple of things in your arms, but it doesn’t seem to matter; before you know it, you’ve moved over the incoming waves and you‘re sitting on your board out in deeper water, with guides as good as your friend floating all around you. They’re really excited! You’ve taught them a new trick - they all got out by paddling with their arms as they laid on their bellies! One of the items you’ve been holding is a long, grey ‘foamy/floatie‘, about two centimetres in diameter and as tall as your self. It doesn’t seem to ‘do’ anything, and you wonder why you’ve even been carrying it. You might be a little nervous as you wait for your first wave, but you realize that doesn’t make sense, since you’d actually ‘surfed’ out the way that you did, which should have been far more difficult! *


Please let me know how this dream continues for you, especially as it continues in your LifeDream!


I have to say that I really debated whether to include the part about carrying the ‘stuff ‘ in my telling of that dream, but my guidance seemed to be suggesting I leave it in. We don’t incarnate into these earthly forms to be baggage-free; part of the ‘fun‘ of our experience is to overcome our challenges! I can well imagine for some of you that something interesting happened with it during your ride, but - for those of you who found it problematic - I’d be more than delighted to help you relieve yourself of whatever it is that you’re carrying, to help you drop your stuff. It got you to where you are, but you’ll be able to enjoy your (next) wave much, much more without it!